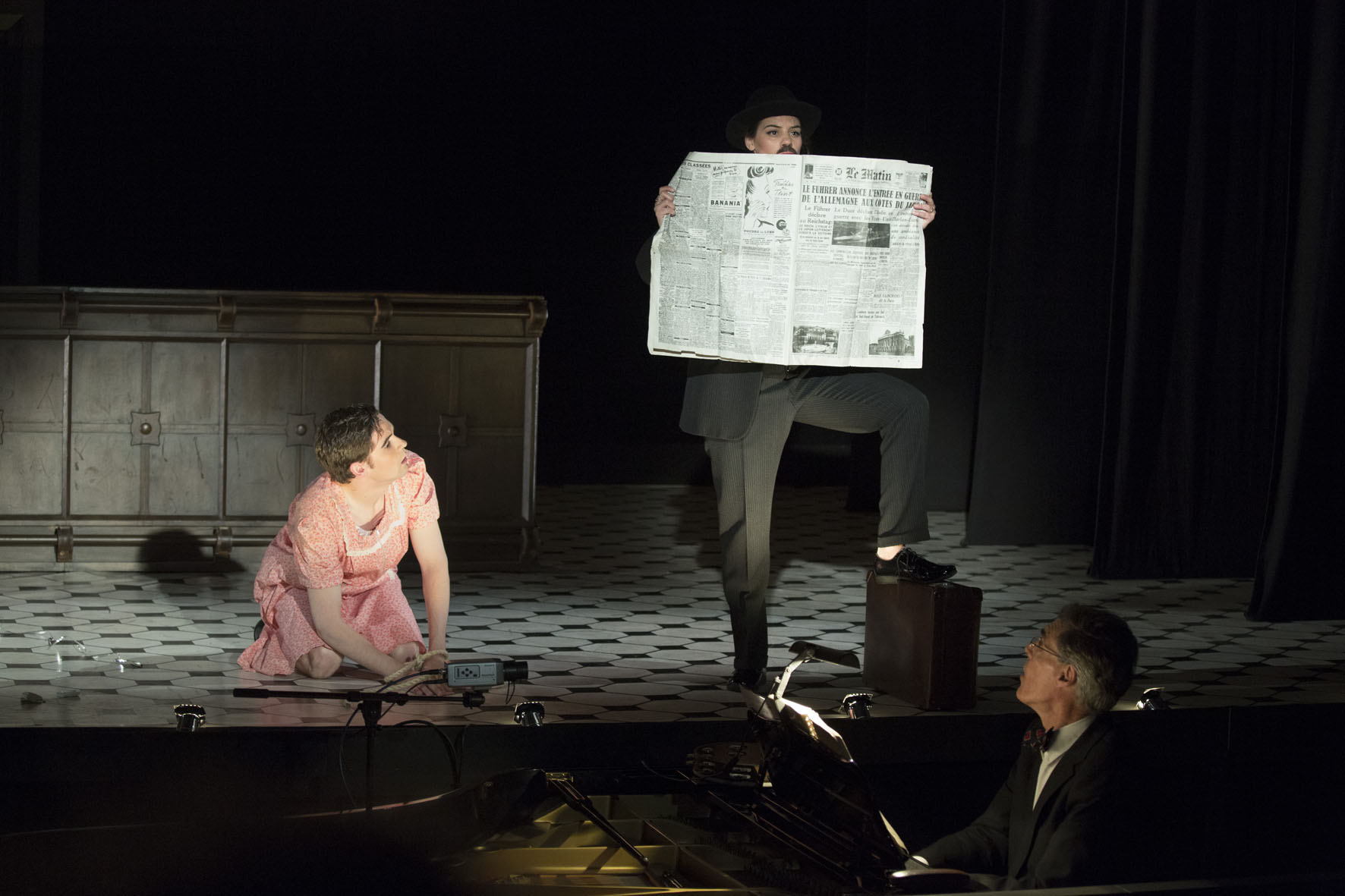 Many opera companies, opera studios and opera associations in the Netherlands have fallen prey to the egocentricity of artistic managers. Artistic directors, who often used opera projects for pimping their curriculum vitae. Also Talentontwikkeling of De National Opera (DNO) started off a year and a half ago in that direction when it opened with the opera ‘Kopernikus’ as a hobbyhorse of the artistic director of DNO.

Only a year and a half later Talentontwikkeling gets a repechage with a production of ‘Les Mamelles de Tirésias’ (1947) by Francis Poulenc (1899-1963). This opera had previously demonstrated itself as a suitable work for a young ensemble at Opera Tionfo in 2001 and at the Dutch National Opera Academy in 2011. Talentontwikkeling brings ‘Les Mamelles de Tirésias’ in a witty, cultivated and articulate staging of the American director Ted Huffman. Roger Vignoles and Edwige Herchenroder play the interesting two pianos revision that Benjamin Britten made for the Aldeburgh Festival of 1958.

The cast of the production of Talentontwikkeling consists of singers who mostly are brought together from abroad, since they often bring money in the form of a scholarship. Unfortunately, they sing rather insufficiently to sufficient. Most of them have not more than nice voices for musicals. For a good opera training program to succeed a more intensive, vocal coaching is required than has been given in this production.

Four out of the twelve roles are occupied by Dutch singers. Here, the Dutch soprano Zinzi Frohwein – who in 2014 made such a furore in ‘Die stumme Serenade’ of Korngold at the Dutch National Opera Academy – is allowed to sing just a few notes and for the rest on the how she plays more than she sings. One should ask oneself to which extent singing talents are developed here.

Talentontwikkeling has not demonstrated with this ‘Les Mamelles de Tirésias’ yet, that they have a direction in mind. And for the time being, Talentontwikkeling is satisfied with one production per season only. How different was this at the Opera Studio in the pre-Audi-era, where an average of five new productions per year was presented. But in those days the artistic direction was not short of knowledge of repertoire. Gone for good seem to be the times of the development of opera talent in Netherlands, when in the Opera Studio singers like Cristina Deutekom, Maria van Dongen, Adriaan van Limpt, Charlotte Margiono, Nelly Morpurgo, Thea van der Putten, Jennie Veeninga and Lieuwe Visser were trained.