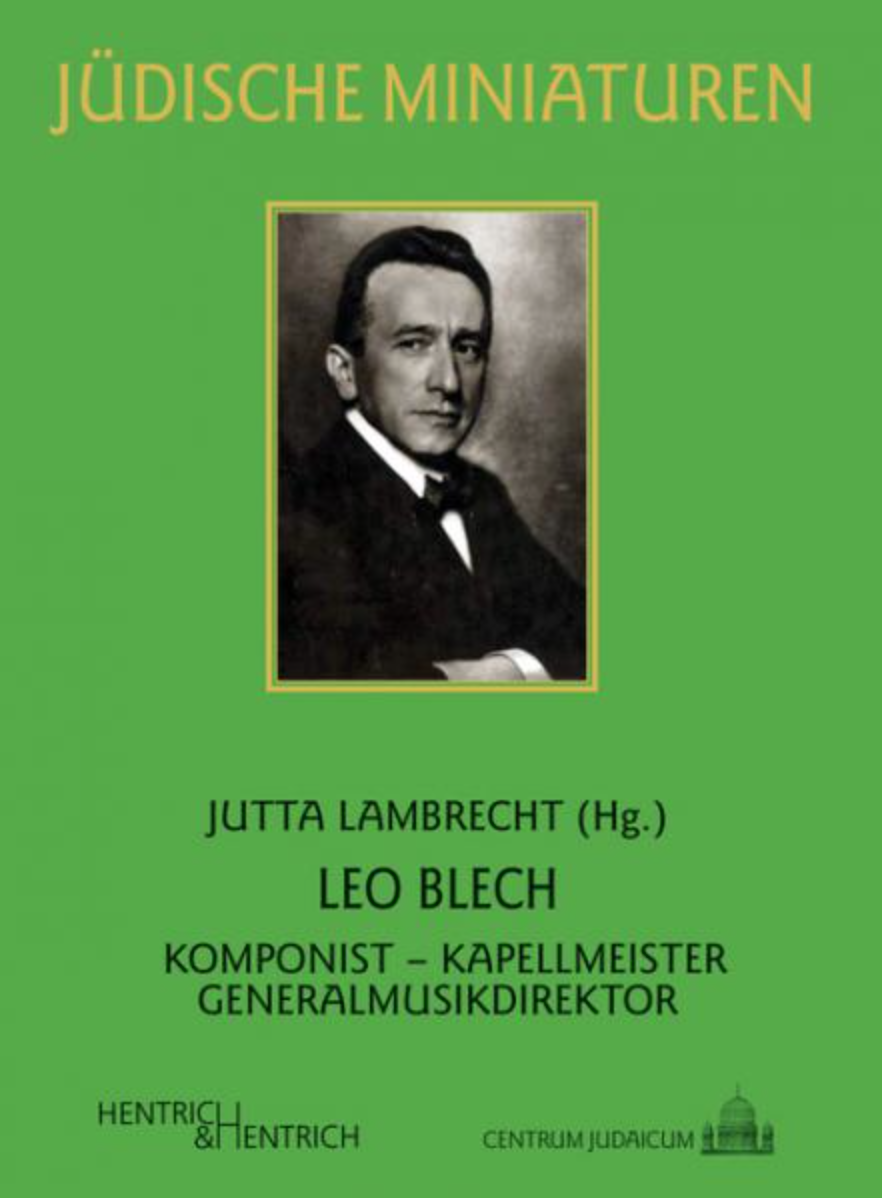 Leo Blech was one of the most important conductors of the first half of the twentieth century in Berlin. He had to flee from the Nazis and returned back to Berlin in 1949. He died there on August 25, 1958 and he was buried with an honorary grave for initially fifty years on the Friedhof Heerstraße. But in 2013 the Berlin authorities judged that a “continuous, public memory of Leo Blech in the 21st century should not be expected”, after which early 2013 his tombstone was sawn off and another deceased was buried at the remains of Blech and his wife. Protests of music lovers got nothing. A number of music publicists decided to give Leo Blech with the publication ‘Leo Blech; Komponist – Kapellmeister – Generalmusikdirektor’ a new Memorial.

Leo Blech was born in Aachen on 21 april 1871 as a son of a Jewish merchant. After a year of study at the Musikhochschule of Berlin in 1893, he became Kapellmeister in his native town, subsequently studied at Engelbert Humperdinck and since 1899 worked during seven years as a Kapellmeister at the Deutsche Oper in Prague. From 1906 on Blech put his stamp on the Königliche Oper of Berlin – the later Berliner Staatsoper Unter den Linden – until the Nazis got power.

Blech emigrated in 1938 to Riga and three years later fled to Stockholm. In 1949 he returned to Berlin for a final period as Generalmusikdirektor at the Theater des Westens, where the Charlottenburger Städtischen Oper under the name of Städtischen Oper had brought its stage.

The booklet ‘Leo Blech; Komponist – Kapellmeister – Generalmusikdirektor’ with dimensions of 11.6 x 15.4 cm is part 173 in the series ‘Jüdische Miniaturen’ and sketches an interesting view of the conductor. Blech was part of the glorious period of the Königliche Oper in addition to artistic director Erich Kleiber, intendant Heinz Tietjen and guest conductors Wilhelm Furtwängler and Bruno Walter. Blech conducted about 3500 performances, including the world premieres of ‘Tiefland’ by D’Albert and various German, Czech and Swedish premieres of operas. ‘Carmen’ was one of his favorite operas, which he conducted about 700 times. Blechs clarity, precision and elegance, his unique art to conduct German, Italian and French operas and his fragile, graceful, fresh and lively interpretations were impressive.

The book also outlines the image of a strict conductor. Many trembled for his irony, sarcasm and “Punctuality”. Birgit Nilsson described him as “furious animal trainer” when he turned his anger on her because she had missed a quarter note in the aria of Agathe in ‘Der Freischütz’. She repeated this story for many years causing Blechs son-in-law conductor Herbert Sandberg to break his contact with Nilsson. “Not with me!” Leo Blech was accustomed to say, if something happened on the scene, that was not in thought of the music that he conducted.

The booklet gives an overview of the career of Blech, a description of his own compositions (Mengelberg and Strauss conducted world premieres of his works) and an image of his time in Stockholm. There are also transcripts of interviews with Blech and it is fascinating to read Blechs own words. The interview, however, sometimes gives information that has already been mentioned in the first part of the booklet. By the way, page 64 reports that Blech liked invitations for interviews, while page 50 states that he wasn’t gladly persuaded to give interviews. The booklet also gives an impression of the discography of Blech. The conductor used the gramophone record as a medium from 1916 on and his discography consists of about 1200 recordings of opera arias, symphonies, ballet music and overtures. The booklet concludes with some anecdotes of contemporaries. Some twenty special photos illustrate the story beautifully.

‘Leo Blech; Komponist – Kapellmeister – Generalmusikdirektor’ gives an excellent impression of the person Blech, his work and his legacy. Hopefully the publication contributes to the rehabilitation of the musician, who defined the fame of the Berlin State Opera and gave the opera house international standing. What the book does not mention is that in Blechs grave now also is buried the Germanist Peter Wapnewski. Wapnewski in 1938/1939 was a member of the NSDAP and reported in 1941 “kriegsfreiwillig”, so out of personal motivation for military service for the Nazis.