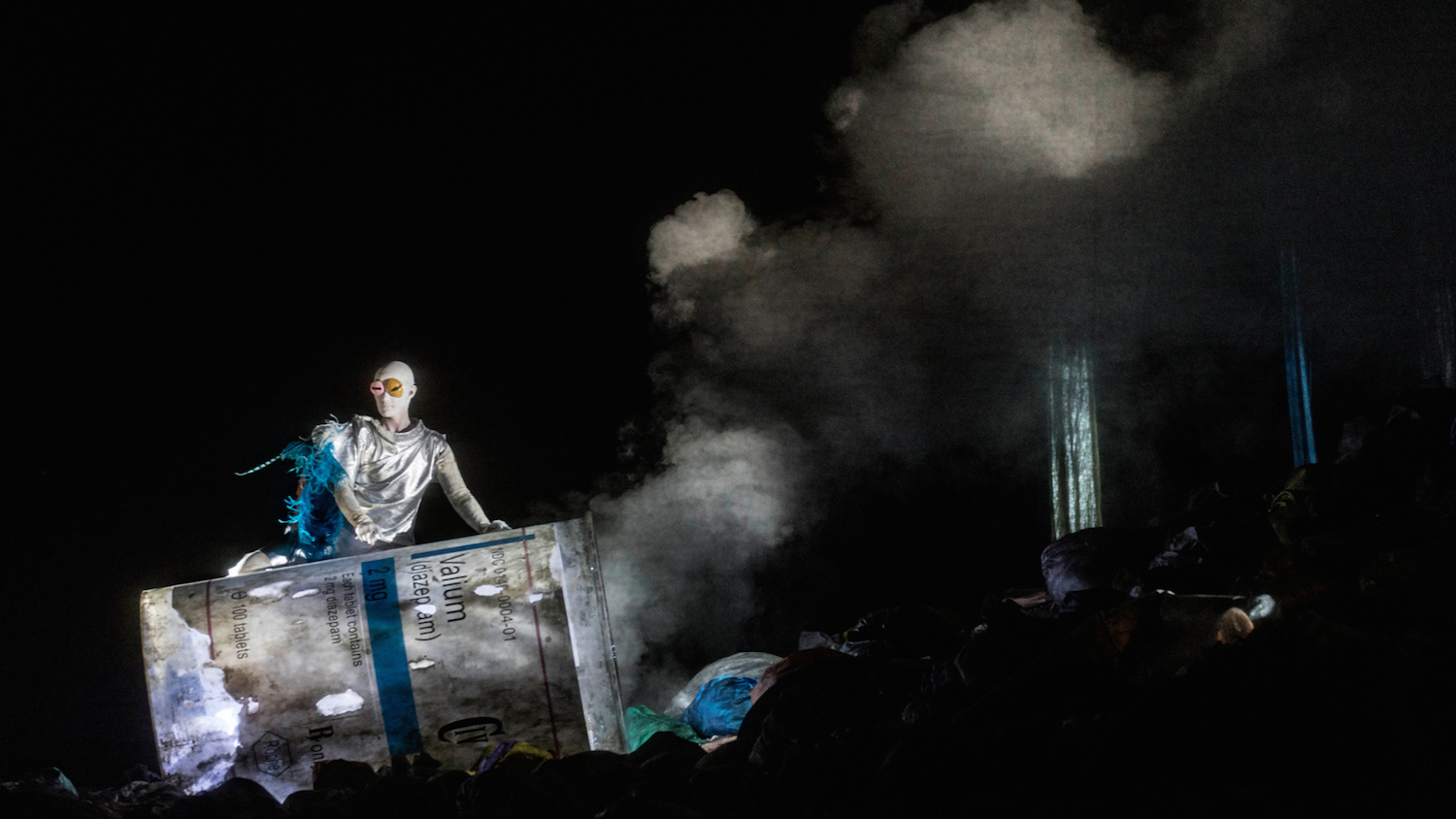 DNO ‘Hänsel und Gretel’ suited for the garbage can

MUSIC
1. Is DNO true to the music or are there changes?
– De Nationale Opera (DNO) warns that their new production of ‘Hänsel und Gretel‘ (1893) by Engelbert Humperdinck (1854-1921) is unsuitable for children under 10 years of age. It is ridiculous that this children’s opera that was intended by the composer to be performed in the private family circle during the Christmas celebration is designed by DNO as inappropriate for young children. The opera is played without cuts, but with an unnecessary break in the just 100-minute work. ***

2. Are the singers suited for their roles?
– The singers are generally suited for their roles. Lenneke Ruiten unfortunately sounds too mature for Gretel and only just “Ein Männlein steht im Walde” one believes her as the little girl. It were women were made the role of the Knusperhexe in de last century vocally interesting, but DNO engaged the role according to the fashion of the last decades with a tenor in drag. The British tenor Peter Hoare is for the Knusperhexe – as expected – vocally too monochrome. The star of the evening is the Belgian soprano Hendrickje van Kerckhove as Sand-and Taumännchen, who actually should have exchanged her roles with Lenneke Ruiten. **

3. Is the conductor involved in the stage?
– The contact between conductor Marc Albrecht and the stage is as usual non-existent. *

4. Is there a uniformity among the (choral and) orchestra members?
– The Nederlands Philharmonisch Orkest does not sound inspired, but that may yet have to come. The children of the Kathedrale Koorschool Utrecht obviously sing endearing. ***

5. How are the aesthetics and functionality of the design?
– The Dutch director Lotte de Beer already manufactured a horrible staging of ‘Manon’ for Opera Zuid and an even more horrible staging of ‘La Bohème’ for Grachtenfestival. Her ‘Hänsel und Gretel’ takes place on an ugly garbage dump. The figures wear masks, whereby they become characterless. The magic that for a children’s fairy tale opera is so essential, is missing is this staging. *

6. Is there a story told?
– Lotte de Beer does not know how to translate the music and her images into a story for the public. The scene of the Knusperhexe is not exciting, not inventive and not scary. *

7. Does the staging correspond to the libretto?
– In contrast to her ‘Manon’ and ‘ La Bohème ‘ De Beer abandons eccentric  inventions. ***

8. How is the integration direction – music?
– The decor is acoustically disastrous and the voices do not come through in the hall. **

9. Is the production distinctive or controversial?
– DNO with this production evokes upon itself the scorn of the entire opera world by turning the children’s fairy tale opera ‘Hänsel und Gretel’ into a production that is unsuitable for children under 10 years. This is probably because the parents of Hansel and Gretel in this staging need to shag. In Hamburg ‘Hänsel und Gretel’ in the staging of the late Peter Beauvais is successfully played for 43 years already and one can see children sitting on their parents’ laps following the opera in anxiety. But not with Christmas at DNO. *

10. Is the production artistically innovative?
– The staging by De Beer has all the clichés of “modern” productions. Garbage in opera is now out of date and useless video projection is boring. And who thought wire mesh cloths are obsolete will be unpleasantly surprised to find it in this staging continuously between audience and stage. It creates a distance between the observer and the drama. This production of DNO can after this series itself be thrown directly in the garbage can. *

11. Is there any Dutch involvement in the production (singers, director, designers, conductor)?
– Almost half of the roles are performed by Dutch singers and that’s unique for DNO in a non-Dutch opera. Charlotte Margiono and Thomas Oliemans as the parents are excellent. Charlotte Margiono would probably also have been a very interesting Knusperhexe. Of course, the decor, the costumes, the light and the video projection in foreign hands. ***

12. How is the number of visitors in relation to the capacity of the hall?
– It’s skillful how DNO almost sold out the premiere if you consider that the day before the premiere there were still tickets available in all categories. But one filled the hall at the last minute with tickets for half the price and tickets for employees for 10 euros. Unfortunately, children under 10 years who watched the opera on the laps of their parents were missing… ****