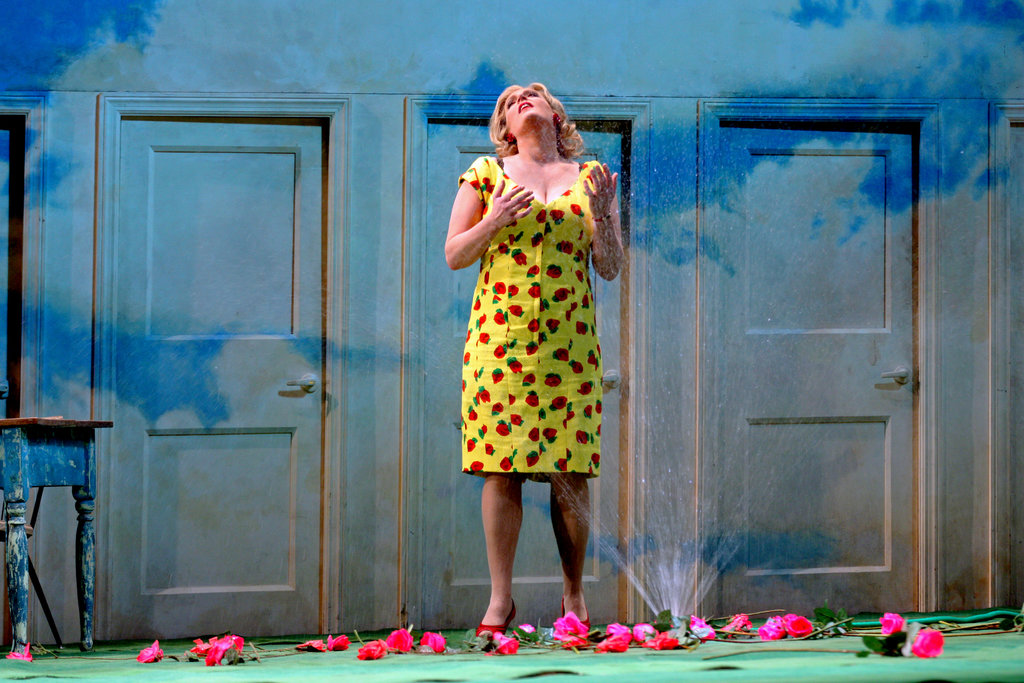 “Ms. Westbroek dominates, as Katerina must. Though best known for creating the title role in Mark-Anthony Turnage’s “Anna Nicole” in London, she is a dramatic soprano who made a notable Met debut as Wagner’s Sieglinde in “Die Walküre” and is well suited to the vocal demands of Katerina […] Ms. Westbroek also brings aching vulnerability and delicate singing to her overwhelming performance” (The New York Times)

“The aphrodisiacal effect is immeasurably enhanced by Westbroek and Jovanovich, who hold nothing back vocally or physically […] when they need to modulate their emotions — as Westbroek must during her opening bored-beyond-boredom aria — they easily succeed. Gotten up like a slightly zaftig Marilyn Monroe, Westbroek uses her voice with declamatory precision throughout” (Huffington Post)

“Eva-Maria Westbroek’s finest singing (and acting) as Katerina came in this bleak fourth act; torn by Sergei’s betrayal, she seemed to break from reality (or whatever reality was being represented), her face a complete blank as she floated a gorgeous, soft tone into the house in her distracted reminiscences. Her full, round tone made her an alluring Katerina, and she produced dark, luscious hues in the early acts” (New York Classical Review)