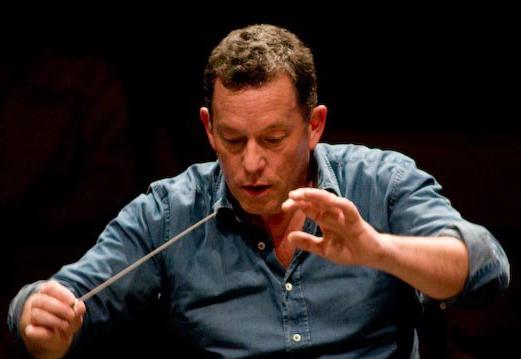 My “artistic personality” has been formed in the Netherlands

As a very young tenor I made my début in 1984 as Ferrando in the Holland Festival production of ‘Cosi fan tutte’. I have sung this role 30 times with De Nederlandse Opera (DNO); 20 of them in a wonderful production with Jurgen Flimm and conducted by Harnoncourt. That collaboration was of particular significance for me, since Harnoncourt immediately took me to Vienna to sing Tamino at the Staatsoper and a number of concerts in the Musikverein. So he fulfilled my dreams of singing in Vienna, but ironically, exposed me to the opposite of the artistic credo that I had built up over the previous years. That “credo” came through working in three specific opera companies: Welsh National Opera (WNO), La Monnaie of Bruxelles and DNO.

WNO, under the fantastically progressive Brian MacMaster, introduced me to the likes of Ruth Berghaus, Gören Järvefelt, Andrei Serban and Peter Stein as well as the music making of George Fischer, Charles Mackerras and Richard Armstrong. Brian, who always encouraged me through the most difficult patches (which we all have!), knew how to keep artists under his protective wing, maintain an extraordinary company feel and build confidence. His example has remained an ideal for me when running companies or Festivals myself. I am sure he has no idea what a significant man he is for me and many others.

Much the same could be said for Gérard Mortier at la Monnaie. His unflinching artistic intentions, his confidence in his convictions could lead even to him cancelling an entire production if he felt that it didn’t match his vision. Such convictions are rare in opera, but essential if one is to achieve a certain excellence. Mortier auditioned me in 1982 and kept “an eye on me” for the next few years, including me in many fascinating projects with Sylvain Cambreling and introducing me to the Herrmanns with their extraordinary attention to dramaturgical detail. Their ‘Die Zauberflöte’ which opened Mozart year 1991 in Salzburg has become legendary and their influence has remained with me as a reference for conceiving and directing operas.

The other opera house which had a profound formative effect on me has been DNO. I first met Pierre Audi in 1981, after a performance I had sung of Don José in Peter Brook’s La Tragédie de Carmen. He was at that time, the young ambitious director of the Almeida Theatre in London. He was headhunted with amazing foresight to take the challenge of creating a world beating opera in Amsterdam. In my opinion, he fulfilled all promise and succeeded beyond anyone’s imagination as the Artistic Director of the new National Opera. I was always thrilled to perform there, nearly every season participating in cutting edge productions, working with the leading international directors and conductors, in tightly bound creative teams. All of those productions added to a kaleidoscopic mass of creative experiences which are the foundations of what I do today!

End of a singing career

When I sang Monteverdi’s ‘Orfeo’ with the Nationale Reisopera under Louwrens Langevoordt, I felt that they should be my last stage appearances. ‘Orfeo’ had been the first opera I had seen on stage at the age of 11, the rôle I sang on the same stage 15 years later in the David Freeman/John Eliot Gardiner production, and the opera I had sung in Monteverdi year at the Salzburg Festival in 1993 with Herbert Wernicke and René Jacobs, which we then recorded for Harmonia Mundi. When the Reisopera delayed the final performances of ‘Orfeo’ till the following season, I couldn’t refuse Brian Dickie and his Chicago Opera Theatre, accepting extra performances in New York at the Monteverdi Festival “The Full Monte” at the Brooklyn Academy of Music in 2002. After that last show I decided that what with health problems and other frustrations, I couldn’t maintain the enthusiasm necessary to sing on stage any longer. Routine performances of Tamino in Vienna and Berlin, (where I had always dreamt of singing!) with little or no rehearsal, drained my energy and enthusiasm and I began wondering what the point of it all was. I seemed to be giving oxygen to a system which I felt destructive of the real work we should be giving on the operatic stage. The work that I had experienced in WNO, Brussels and significantly in the Netherlands.

Now of course, years later, thank goodness, that old style repertoire system is disappearing so that even repertoire performances have a much higher quality. With the end of my singing career, I was able to consider the ambitions I had always held to direct for the stage. In 1981 I had created the rôle of Don José in Peter Brook’s historic and revolutionary vision of ‘La Tragédie de Carmen’. In 1982, during the second season Peter casually said to me that I had the psychological understanding to direct! With the success of Carmen in Paris and New York, my singing career had shot off making even less plausible the possibility of directing. However, in 1999, when I seriously needed finish with singing, Peter invited me to restage the ‘Carmen’ for Bordeaux.

That would be my first break into the field of directing… then during the rehearsals, he casually suggested that perhaps I should conduct too. During a run of ‘Aida’ in Johannesburg, which I had directed, there was no one to conduct a show, the management having changed the dates and forgotten to discuss it with the conductor! There was no one to do it, so having rushed to prepare it, I entered the orchestra pit and conducted ‘Aida’, having never previously conducted! It went so well that the Evian Festival where I had taken over the artistic direction from Rostropovich in 2000, proposed that I conduct there. Later I created our own Evian Festival Orchestra, where recenty Annemarie Kremer came to sing stunningly excerpts from ‘Tristan und Isolde’ and ‘Tannhäuser’ as well as ‘Il Trovatore’ and ‘La Forza del Destino’! The orchestra will now follow me to the new festival I am founding: Montreuil Lyrique which will open in December 2013!

Back to the directing career: Guus Mostart, who had now taken over the Nationale Reisopera, heard of the success of Haydn’s ‘L’incontro Improvviso’ which I had directed in the Estahazy Palace in Eisenstadt, near Vienna. He took the courageous decision to propose me the production of Gassmann’s ‘L’Opera Seria’, a crazy, outrageous, hilarious spoof on backstage sheenanigans in an opera house putting on a baroque opera. The premise of the story was the difference between reform and pre-reform operas of Gluck. It became “Absolutely Fabulous” meets “Opera Singers Behaving Badly”. I creamed off some of my own personal experiences, which were all true even if seemingly implausible… some of the older public were reminded of a particularly “historic” production of ‘Idomeneo’ in Amsterdam (Mozart year 1991!) in which I had sung Idamante. In the royal line up after the heavily booed opening, Queen Beatrix couldn’t resist berating the director!! The Nationale Reisopera has shown remarkable commitment to me over the years, allowing me to direct ‘L’Opera Seria’, ‘Les Contes d’Hoffmann’, ‘L’Heure Espagnole’ and ‘La Voix Humaine’ (with the remarkable Maria Ewing) and now a new ‘Il Barbiere di Siviglia’ opening in November 2013.

More productions have been foreseen, but with the inexplicable slashing of government arts support, in recent years, other major projects have had to be abandoned. I say inexplicably, because it is generally recognized that the investment in the arts regularly produces 5 times the original sum laid out, through boosts to the local economies, taxation etc. So bearing in mind that the arts are a “goose that lays the golden egg”, it seems short-sighted to have made such a populist political move against the Netherlands’ famous cultural heritage. There are so many fine musicians produced in the Netherlands, so many fine orchestras (the Concertgebouw Orchestra must surely rate as one of the world’s greatest?!) fine operatic work between the DNO, the Nationale Reisopera and then Opera Zuid amongst others. I directed a Rossini opera, ‘La Pietra del Paragone’ for the excellent Opera Trionfo; a fabulous opportunity for young singers to gain stage experience, created by the delightful Jeanne Compangen. Alexander Oliver brings his years of practical experience added to his devotion to young singers to make the Opera Studio an enviable place of learning and formation. The Netherlands breathes music… who is not enchanted by the sight of young musicians pedaling against rain and wind through the streets with a cello strapped to their backs, rushing to play the next concert! The enthusiasm of the audiences who insist that concerts and operas come to their town, where there are so many wonderful equipped small theatres and concert halls ready to receive productions. I know of no other country where this happens.

The Nationale Reisopera has as its mission to bring major works to the people. In spite of violent cuts to their financial support the NRO under the direction of the inventive and resourceful Nicolas Mansfield, is taking this vocation ever more seriously. In our productions, priority is given to casting Dutch and Dutch based singers and give them the opportunity to showcase their talent. The NRO young artists programme has achieved new heights and has toured versions of major repertoire for young singers, taking operas out to the wider Dutch public and winning new audiences. Meanwhile, ironically, a major new opera house with the biggest orchestral pit in the country, was built in Enschede and presented a new Ring cycle to packed houses… just as the subsidies to allow the creation of this work were drastically reduced! The level of music making, singing (with many Dutch singers) orchestral playing and stage craft made that particular project the envy of many companies worldwide.
I have always been proud, excited and inspired by being involved in the Nederlands’ musical scene, be it in the VARA concerts, singing baroque in Utrecht, giving masterclasses to young Dutch talent or directing with the various companies who invite me! So as D in the ABC of Opera Nederland, I congratulate all the musical institutions of the Netherlands and thank you for some of the most formative experiences in my career!